In improving the levels of sustainability in our collection, we have set ourselves the goal of using renewable raw materials in the production of our Filtral sunglasses. The first step to achieving this has been the development of our Filtral Green Line models, in which fewer fossil resources are used.

In the interests of the environment, we use a bio-based plastic consisting of 55% castor oil in the production of Green Line sunglasses frames.

The sturdy castor oil plant, which is also known as the “miracle tree”, is originally from Africa, but can now be found in all tropical areas. A major advantage of this plant is that it is also able to grow in poor soil which is not suitable for growing food crops or animal feed, without the need for extra irrigation. The cultivation of the castor oil plant does not therefore compete with the cultivation of foodstuffs.

For the production of bio-based plastics, the oil from the castor oil plant is extracted from the seeds in a mechanical pressing process and processed into granules. It ultimately replaces some of the crude oil used in the production of plastics. Despite the use of the bioplastics, the Green Line sunglasses are of the usual excellent quality. They also have the same features as the models made from conventional plastic – they’re just a little “greener”. Filtral Green Line sunglasses therefore combine style with sustainability. 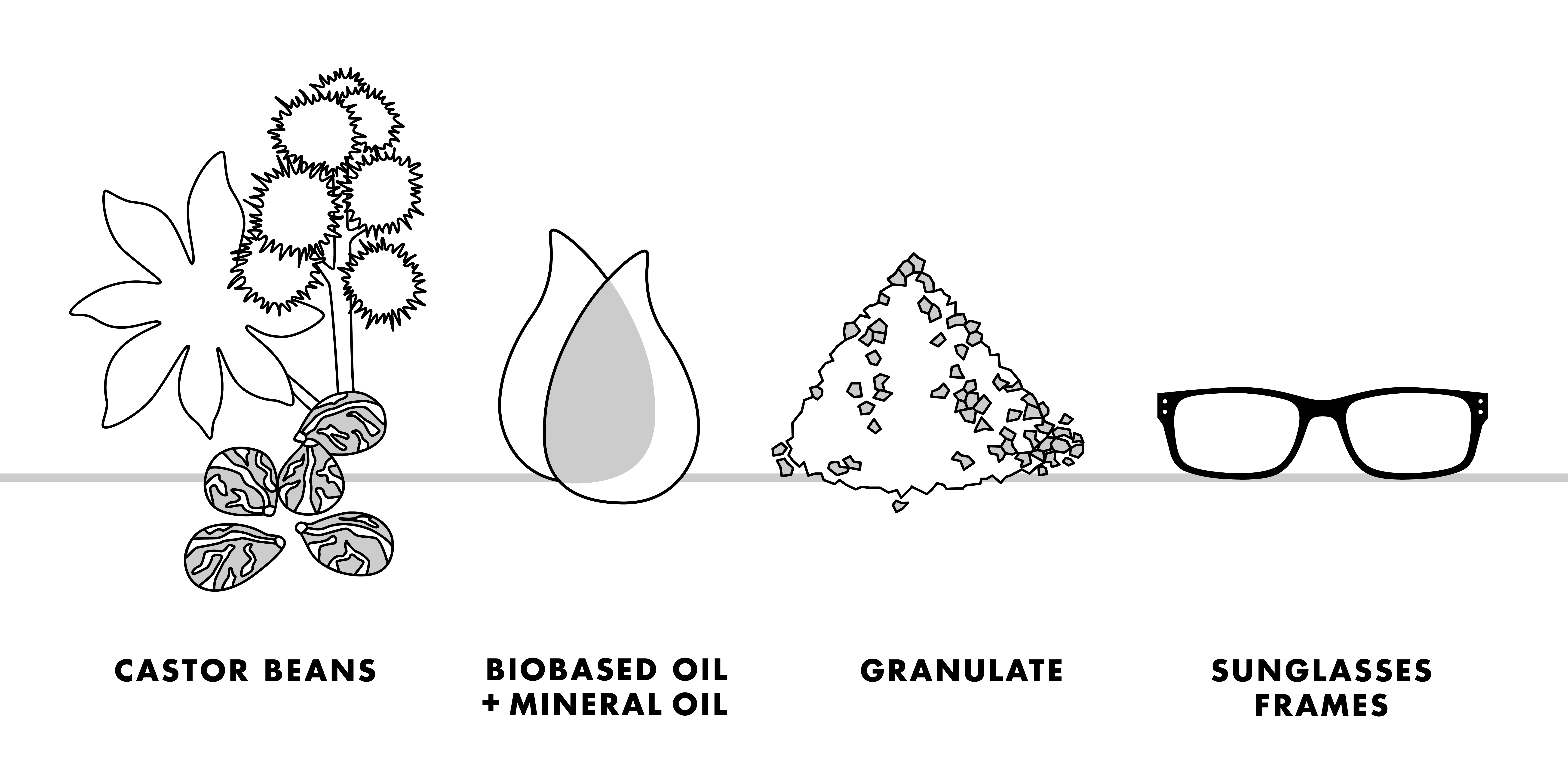